As apple marks its 10th anniversary this year, it seems inclined to break all its previous norms. First, the tech firm chose not to create iPhone 7S as usual but instead introduced iPhone 8. However, before the dust settled Apple took the industry by storm with the leaked details of iPhone X, especially the cost.

As we wait for the radically designed and unusually expensive iPhone X, let’s take a look at the three most significant differences between iPhone 7 and iPhone 8.

At first glance, the two phones seem identical, if the colors are similar. But on a closer look, some differences stand out, some of which work against iPhone 8. Before delving into the details, let’s highlight that iPhone 7 seems to have more color options than iPhone 8.

First, iPhone 8 is 7% heavier and fractionally larger than the iPhone 7. The additional weight is due to the thick glass at the back instead of aluminum. The glass is for faster wireless charging. Again, the iPhone 8 speaker volume is 25% higher than iPhone 7. And the headphone jack seems to be gone forever with the only port being the lightning port.

Apple devices have remained industry pacesetters when it comes to performance. Before iPhone 8, iPhone 7 topped the list of the world’s fastest smartphones.

So just how fast is iPhone 8?

Apple claims that the A11 chipset offers 25% faster performance when using high-performance cores (top speed) and is 70% faster on high-efficiency cores (idling). The phone maker promises a 30% faster graphics. And for app hoppers, the iPhone 8 allows 70% peak performance when multitasking.

Regarding pixels, the iPhone 8 is no different from its predecessor. Both have a 12-megapixel rear camera and a 7-megapixel front camera. iPhone 8 stands out as the only new iPhone without dual rear cameras.

But all is not lost. The Apple-designed Image Signal Processor integrated into the iPhone 8 is bound to offer outstanding photographic and video improvements. Apple promises that the ISP will also enhance pixel processing, noise reduction, and low light autofocus. 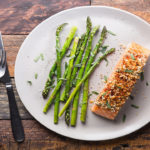 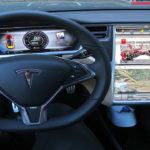