One of the most anticipated days in the technology industry every year is when Apple unveils their new products. This year, the company announced a new watch, Apple TV, and the latest iteration of the iPhone. This year, buyers will have the option of choosing between three levels of the phone, the iPhone 8, 8-Plus, and iPhone X. As expected, the new iPhone will have a range of different features that are sure to be a hit with users.

One of the biggest enhancements in this year’s iPhone is a more stylish and modern build. This year’s version of the phone will have a stainless steel body and sturdy glass screen that will take up the entire surface.

Along with the new body that now has an all-screen front, users will not longer have a home button on the screen. While this may take users time to adjust to the new functionality of the phone, users will now be able to direct the phone through a series of different swipes that can be customized to meet the user’s preferences.

For those that upgrade to the iPhone X, there will be a significant upgrade in the camera system. There is now a dual-lens system located on the back of the phone as well as other features including 12 megapixel sensors, dual optical image stabilization, and a variety of filters and enhancements to improve color and clarity.

A large part of the improved phone this year focused on reducing the depth of the case. While Apple was able to achieve this and provide faster features to users, it has also been able to improve battery life. The iPhone X will have a battery life that is up to two hours longer than the iPhone 7.

For many people, one of the most exciting new features is the ability to charge their phone wirelessly. Apple is releasing a new wireless charging mat that will be able to charge many different Apple products including the iPhone, watch, and Apple headphones. 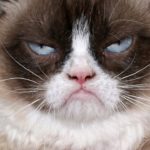 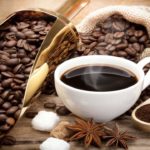