The cellulose contained in the toilet paper is generated from trees meaning that the electricity produced is renewable. This is because trees can be replanted and their stems can also be recycled which makes toilet paper a continually available resource. According to research conducted by Amsterdam researchers, there are devices which can be combined to enhance the gasification of WTPs and then using high-temperature solid oxide fuel cells to convert the WTP-gas into electricity.

This research aimed at assessing the feasibility of WTP-to-electricity system based on real-life parameters values. By using techno-economic analysis methods, the research team presented a basic project design alongside an economic study concept and an overall study balance for this concept. The experiment and calculation data was obtained in collaboration with Amsterdam waste-to-energy Company.

The projects electric efficiency was 57% which is similar to that of the natural gas. Additionally, the approximate cost of electricity consumption using this design was 20.3¢/kWh which is comparable to the current residential photovoltaic installations. Notably, the systems capital cost is relatively high due to the investment costs of the fuel cell, but the researchers expect the costs to decrease as the fuel cell market establishes. An added advantage is that the operating costs are relatively low, thanks to the high thermodynamic efficiency. According to the researchers, there is more to learn with the aim of making the system more competitive in future.

In a nutshell, waste toilet paper will soon be used to produce electricity. However, few companies are not willing to invest in the further development of the project. For this reason, the research team is considering taking their business abroad. 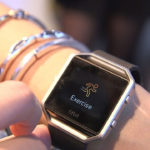 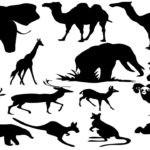