Of the millions of flora and fauna globally, each has been categorized which basically shows how they have been impacted over the years via various methods of assessment and considerations. Most of these species would have been negatively affected through the activities of man. In an effort to further protect and conserve some of the most endangered species, on occasion the World Wildlife Fund (WWF) would have used certain animals charged with the sole purpose of encouraging persons to support causes financially by being the international symbol of conservation. Unfortunately, the altruistic spirit concerning endangered species can be affected by how the particular species in question looks and therefore a cute and cuddly (almost) species will represent the other less aesthetically pleasing species and have a sort of trickledown effect.

The Giant Panda is considered a vulnerable species as a result of having only around 3,000 pandas living in the wild. Found primarily in western China, these cute, chubby tree climbers spends the majority of their day eating bamboo. Loss of their natural habitat is their main threat at the moment.

Different types of elephants are endangered because they are poached for their ivory, meat and skin. As the largest land mammal in Asia, the Asian elephant is slightly smaller than its better known African counterpart. In the species, a matriarch led herd has the females and calves together foraging across large areas and competing with increasing population levels for space and resources.

There are three types of orangutans; Sumatran, Bornean and the Tapanuli. They are all critically endangered species and are natives to Malaysia and Indonesia. In Malaysia, orangutan means “person of the forest”. The species has been affected by logging and are captured as exotic pets resulting in their population’s continual decline.

Some of the harshest environments in the world are home to Polar bears, the largest living carnivores on earth. Polar bears spend at last half their time hunting for ringed and bearded seals and hunt mainly on ice but can travel on land and are competent swimmers over large distances. Due to climate change, ice takes longer to form and melts faster, and beers are not good at hunting in neither open water nor land. Therefore their method of lying in wait for seals to surface by ice holes is compromised and their food supply is affected. 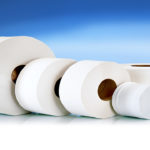 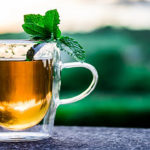