Think back to your first love and think about all the warm and fuzzy feelings you would have felt when you were with them. Now think about how you felt, if (or when) you found out that they were cheating on you and the roller coaster ride that you would have experienced in your efforts to get past that fact. It’s a hard truth and a bitter pill to swallow but at least 80% of persons have experienced some form of infidelity. Initially, your first question will be “why” and you WILL go through quite a few emotions and scenarios in your mind, but most any reason should be able to fit into these 3 categories; individual, relationship and situational.

Individual reasons refer to specific qualities a person may have which gives them a predisposition for cheating. Reasons such as gender, personality, religious and political views are all factors which can propel an individual to cheat. It is safe to say that some people are more inclined to cheat continuously, more so than others, as a result of their traits and beliefs.

Sometimes a person within a relationship can find themselves dissatisfied with aspects of their relationship. Reasons can stem from something as simple as sex or can be as complicated as not feeling understood. At times, dissimilarities between the two parties can lead to unhappiness and eventually one of the two will look for similarities and balance through a third party.

Persons can cheat as a result of situational reasons as well, even if their relationship can be described as perfect. You may have had one too many to drink and made a decision that you would later regret. A part of your job may entail that you have lots of one on one time with persons where touching is a must, this can also lay the foundation for infidelity to occur.

No matter the reasons for the infidelity, the end result remains the same; broken homes and broken people. The only way to counteract some of these instances is to try your best to communicate and make sure your partner is satisfied in as many aspects as possible to the best of your ability, but that still may not be successful. 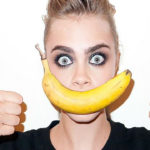