The decision to get a pet is not one that should be taken lightly as you are now committing yourself to the well-being of another “person”. Once the initial decision has been made to get a pet, the question is from where. Most people like to source a young animal that’s cute and can grow with you from their local pet store for example but, there is another, better alternative to sourcing your animal of choice.

Animal shelters have a variety of animals, at various stages of their lives and by sourcing an animal through your local shelter there are a lot of benefits which can be derived for yourself and the animal you plan to adopt. Here are a few reasons to help you to decide as to why you should adopt from a shelter instead of buying.

Shelters get their animals from a variety of sources, from strays on the street, to returned birthday presents. Different types of animals can be found in the shelters; big, furry breeds, small short-haired breeds or an unknown combination mongrel can all be found in a shelter. You are able to choose the animal which best speaks to you with similar traits or characteristics, whichever fits your fancy.

Getting an animal can be quite expensive, depending on the requirements of the breed as well as the overall health of the pet. Buying a pet from a store is more expensive than if adopted from a shelter. Some shelters have packages which can cover the necessary shots as well as spaying and neutering. Also, most of the animals would be mature so they would have already been potty trained, so no need to worry about your new addition messing up your carpeting or favorite pair of shoes.

Most animals in shelters would have had previous owners and wound up at the shelters for various reasons. By adopting, you would have done a good deed and gained not only a lifelong companion but also a forever grateful friend. 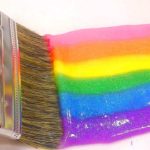 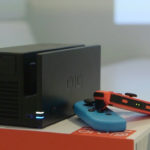