Over the years as technology has progressed and persons have become more dependent on their phones and have moved away from their desk tops, companies have attempted to turn smart phones into computers. All the benefits of the smart phone can sometimes be some of its draw backs as well. And for the current business man who is always on the move, walking around with a bulky lap top is not always the preferred option.

The Miraxcess team has put together the Mirabook to work specifically with smart phones for your activities on the phone to be displayed on a larger screen and to access more programs simultaneously. The Mirabook is a sleek 13” notebook with a full sized keyboard and track pad. Your phone can be docked and connected to the Mirabook through USB connection with all the regular trappings of a desk top to boot, such as HDMI output, audio jack and SD card extender. It has a black aluminum body, and weighs in at 2.9 pounds allowing for a professional look and easy mobility. The device is equipped with a display port and is charged by USB type C.

According to the company’s site, the projected timeline for mass production of the Mirabook is slated for any time after December 2017, after they would have done some tweaking to the original product as well as used the time to raise funds through crowd funding and the marketing of the product at various trade shows.

Coming with its own set of accessories to facilitate the docking and protection of your investment, preordering of the product is available online. 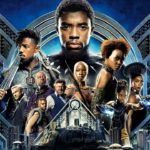