Fitted with GPS and Cellular connectivity, the new version of the Apple Watch series hit the market with a bang. The LTE enabled Series 3 watch is selling faster than expected, surpassing the previously forecasted weighting of 30-40 percent.

This watch offers a highly liberating experience in every sense of the word. Early morning runs have never been made more convenient, even the short trips to the shop no longer require a user to carry their phone with them. The Series 3 is no average smartwatch; it provides the ultimate iPhone experience right from the wrist.

The price range from the previous version to the Series 3 version is shockingly small. The price of the Series 1 model, without cellular capabilities, starts at $249. For $329, one can still get a smartwatch without Cellular and LTE capabilities. For $399, they get the same thing, except with both Cellar and LTE features enabled. This is perhaps the reason why the sales numbers of the Series 3 are shooting through the roof.

The $70 premium is a sacrifice that most customers are willing to make considering the unparalleled reward of being able to make calls from their wrists. Customers have, however, been advised to wait for a month or so if they wish to get the better-connected version of the Series 3. With the current sales being higher than foreseen, the pre-order prediction rates for future sales have been adjusted to 80 to 90 percent.

Untethered From The iPhone

The outside design differs accordingly with materials like aluminum, stainless steel and ceramic being used to make the watch. The phone is still necessary for more defined functions, but with the watch, users can no longer miss out on important calls, messages, or emails. They can even connect and talk to Siri on the Series 3 watch. It is possible to play music from the watch and keep busy when idle; all while untethered from the phone.

It has only just arrived, and while few users have complained of connectivity problems, most users have had a smooth experience using the Series 3 so far. 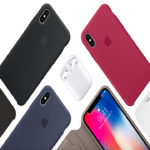 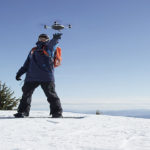