Generally, the “chick flick” genre can be hard to define as they tend to share almost the same common features. The best girl movies are those you love to watch over and over again and can even recite them line by line. Here is a list of the best chick flick movies of all time.

Anyone might just refer to “The Notebook” as the most romantic movies of all time due to its overwhelming cuteness. What do you expect from a film that’s got gorgeous Rachel McAdams and Amazing Ryan Gosling in it? This is a film that can send you to bed crying when you put it on last.

Along with her friends, Cher is having a pretty-close-to-perfect life, hilarious one-liners, and ridiculous outfits. But when it comes down to it, they remain loyal friends who happen to be really thoughtful. Watching how the heart gets in the way presents the most amorous moment anyone could ever imagine for a high school student.

While some may not want to consider “Mean Girls” as a chick flick, it is one of those awesome movies written by Tina Fey that explains some surprisingly real moments in a girl’s life. The movie seeks to explain that important relationship that exists between a girl and her friends including gossips, painful put-downs, fashion makeovers, bitch fights etc.

If you say Dirty Dancing is the best chick flick, you won’t be wrong. It is more than just a love story. Watching Dirty Dancing would make you desire to be Baby for just a summer. Everything you would expect in an interesting chick flick is contained in this film.

The film is all about a twisted love story set in a modern day high school. While putting a whole new spin on Shakespeare, this movie doesn’t just seem to be educating but also sweet and funny. All these make it too irresistible to overlook. Do well to watch to the end!

Image via The Movie Database

Every gal needs to see this movie which is about as iconic as films get. A young man has just moved into the apartment building of a young New York socialite who sadly is threatened by her past. This is the film that brought Audrey Hepburn so much popularity in the industry.

This amazing film centers around a somewhat goofy, naïve and extremely unfashionable Andy Sachs (Anne Hathaway) who happens to be Miranda Priestly’s (Meryl Streep) assistant. From geek to chic, the film features another unforgettable makeover. But the performance of Meryl Streep and her wondrous ability to put the fear of God into her employees is more unforgettable.

Image via Pete the Planner

This movie is a must-see especially for every fan of the show. After a memorable Manolo Blahnik proposal, Carrie Bradshaw makes a return with her girls for more glamour and drama. Just so you know, this is the ultimate girl squad and so Taylor Swift and her pals should step aside.

Despite being so determinate, ambitious, true to herself, confident, and real, Elle Wood was a total bad-ass in this empowering and inspiring movie. From her sorority house scene to the video that brought her to Harvard, Woods’ was all out. Legally Blonde deserves it spot on the list because it is a good example of a wonderful chick flick.

This movie certainly makes an awesome chick flick for featuring cheerleaders with attitude. Apart from the high-level of competition involved, cheerleading is obviously fun. Whether you are obsessed with the original or remake version the film, what really matters is learning the dance routines with your friends. So, why not just “Bring it On.” 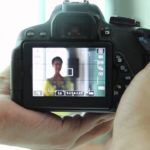 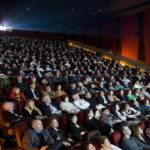