If you looking for a good dance comedy to watch, keep an eye out for the movie Step Sisters coming out January 2018. The movie focuses on Jamilah, Megalyn Echikunwoke, who is the president of her sorority, captain of her step dance crew as well as the student liaison to the college dean. When the college is scandalized by the actions of one of the members of Sigma Beta Beta (SBB) another sorority, Jamilah is personally asked by the dean to whip the sorority into shape by teaching them how to step. The dean seals the deal by promising that Jamilah will get into her university of choice, Harvard, once she is successful.

Jamilah has her work cut out as the hard partying white girls from SBB, have seemingly no rhythm and she has to get them ready to compete at Steptacular, one of the most competitive dance competitions, with the hopes of winning the whole competition. The SBB sorority have at stake their reputations as well as their charter on the line, and will do anything to keep both in place after the scandal.

Available on Netflix, the countdown is on as Jamila risks being ostracized by her own step dance crew, and starts to bond with the girls from Sigma Beta Beta as they work towards the ultimate goal of the Steptacular and the hilarious journey along the way. 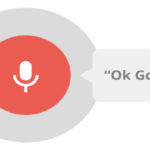 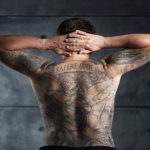