The movie industry is a multi-billion dollar industry that has produced many profitable films over the past 100 years. Of all the movies that have been made, there are ten that have gained the most attention and are the highest grossing ever.

With $2.8 billion in all-time earnings, Avatar is easily number one on the list. This fantasy story told the tale of a man that is thrown into the world of an indigenous species living on a mysterious planet.

Titanic, which was made in 1996, held the number one spot for over 20 years. The film follows a young star-struck couple that met aboard the Titanic. The movie had a strong mix of action, romance, and suspense.

Jurassic World was the fourth installment to the very popular Jurassic Park franchise. This film took place 20 years in the future and portrayed the park as a very popular tourist attraction although it the security of the park quickly fell apart.

Superhero films have quickly become very popular with fans. The Avengers was the first film that brought several of the most popular characters together. This film made over $1.5 billion and is the most popular superhero movie of all time.

Furious 7 is the most successful film in the Fast and the Furious franchise. This film, which made over $1.5 billion, showed a final battle between the protagonists and several antagonists.

The Avengers: Age of Ultron

This film, which was the sequel the original Avengers, continued to the franchise success. The characters in the film all came back and the film was just as successful.

Harry Potter and the Deathly Hollows 2

This film was the 8th film in the Harry Potter franchise. It was the most successful in terms of box office success and showed the final battle between Harry Potter and the antagonists.

Image via The Movie Database

Frozen is the only animated children’s film on the top 10 list and has been equally as successful with merchandising. The film features two sisters that deal with the revelation that one has a secret power.

Iron Man 3 marks the third film on the top 10 list that featured Iron Man. However, this film focused on Iron Man as he battled a number of different villains. 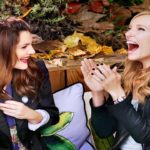 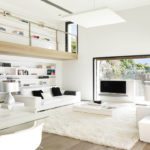