A Serbian Film is one of the most controversial films of all time. It was banned in many countries like Spain, Germany, Norway etc. The film had scenes of child rape, incest and murder, among others. Critics condemned the film for it’s extreme sexual violence and necrophilia.

A Clockwork Orange directed by Stanley Kubrick was banned in Britain for 27 years. The film portrayed rape, brutality, and violence in future Britain. The film’s release was controversial in 1971 due to the on-screen violence.

The Texas Chainsaw Massacre was released in 1974 and was rejected by the audience due to it’s intense and extreme violence. Many countries have banned this movie and is supposedly one of the scariest movies to date and is even said to be taught in film study courses in many colleges.

Scum was based on the shocking story of life in a British Borstal for young offenders during the 1970s. The film was originally banned completely due to its graphic depictions of racism, gang rape, suicide and violence. It was, however, remade entirely in 1979, with the newer version starring Ray Winstone.

This film tops the list. Cannibal Holocaust, released in the 1980s is a film which is still banned in over fifty countries. After it’s release, director Ruggero Deodata was arrested and charged with murder, due to rumors that it was a snuff film, though he was later cleared of all charges. Cannibal Holocaust has scenes of graphic murder, including impalement of several characters. It is one of the most controversial films of all time. 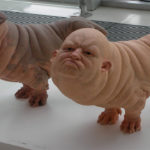 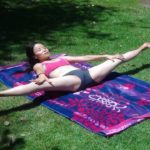