Kitchenware is something that we don’t usually spare a thought for, you pick it up, use it, wash it and put it back. But have you ever wondered how it came to be that something so seemingly inconsequential is able to make your life just a bit easier and save some time?

Non-stick cookware came about quite by accident by a chemist named Roy Plunkett, who was doing some testing for a refrigerant company. One of his experiments included a colourless, odorless gas called tetrafluoroethylene which when manipulated through compression or freezing, it became a white waxy solid which they named polytetrafluoroethylene/ PTFE and later trademarked as Teflon.

The purpose of PTFE is to smoothen the surface of the metal pans and stop food from getting stuck in the microscopic pores which are present on metallic surfaces and enlarges when heat is applied. This allows food to seep in and get stuck in these tiny pores, which can be very unhealthy over a period of time. PTFE can be used in collaboration with non-stick spray, in moderate amounts, or oil to further assist with its performance in hindering food from sticking to the surface of the pan.

With most non-stick items, the most important aspect is to preserve that important layer, as once the surface has been compromised the pan would begin to lose its effectiveness as well as there would be cause for concern regarding what is being ingested and how it could potentially affect your health. The non-stick layer can be preserved through gentle washing by hand with warm water and soap, as well as the use of plastic, rubber, wooden or silicon utensils while preparing food. The “green” alternative to the PTFE non-stick pan are ceramic coated pans where the ceramic powder is baked onto the pan. 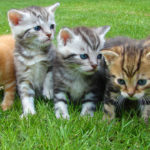 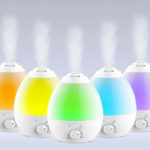