The Justice League 2017 was as the trailer portrayed it to be; full of action and containing some of our favorite DC superheroes. Starting out with the demise of Superman, its aftermath, and the effects of his death, batman has been catapulted into a position where he is seeking out the assistance of other metahumans who must help with a new threat to earth since the demise of Superman. Wonder Woman and Batman were both tasked with asking for help from other known metahumans, with Batman asking the Flash and Aquaman and Wonder Woman asking Cyborg. The Flash was onboard at once, while Aquaman and Cyborg took a bit more convincing. Indeed, the funniest exchanges would have had to include the Flash, showing him to be a nerdy, socially awkward young man with a mouth just as fast as he was.

In the true fashion of most movies, most of the intense action was bottle-necked into the last 15 minutes of the movie, with the newly awakened Super Man getting less than 10 minutes of the fighting action, both between the Justice League members as well as the particular evil for this movie, Steppenwolf. Showing the origins of how the league was formed, the cliff hanger was a definite indicator that more movies would be following up this one. 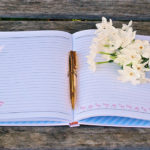 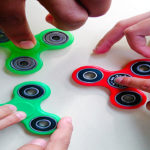