If you have been to the mall with anyone under the age of teenager, you would most likely have been bombarded about getting them a fidget spinner. Just looking at it, it doesn’t look like much, and when in action it doesn’t do much except for spin, which can be quire underwhelming. The best thing about them is the variety of ways that they can come with 2 or more wings a plethora of colours and presentations, to the untrained eye that is all.

The person who invented the spinner, one Scott McCoskery, stated that the invention came about from him making a metal spinning device which would stop him from fidgeting in work related meetings and conference calls. Initially, the device was said to have be invented by Catherine Hettinger, a chemical engineer by training and even went as for as to patent the design under her name.

So, as you can see the fidget spinner does has some use and can help persons to fidget less and ease anxiety. Try not to judge the invention too harshly as like most things, it was meant for good but has been commercialized and made into an unnecessary fashion statement. 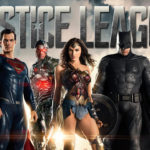 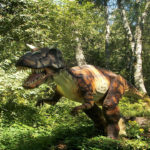