Who is Ruby Rose?

Ruby Rose Langenheim (born 20 March 1986), better known as Ruby Rose, is an Australian model, DJ, recording artist, actress, television presenter, and former MTV VJ. Rose emerged in the media spotlight as a presenter on MTV Australia, followed by several high-profile modelling gigs, notably as the face of Maybelline New York in Australia. In addition to her modelling career, she has co-hosted various television shows, namely Australia’s Next Top Model and The Project on Network Ten.

Rose came out as a lesbian at the age of 12. Because of her sexuality, she suffered verbal taunts and physical abuse from her schoolmates, which led to a suicide attempt. She was also sexually abused as a child by a relative, and has bipolar disorder with a propensity towards clinical depression.

With regard to childhood gender nonconformity, Rose said she wanted to be a boy while growing up and that she was saving up money to physically transition from female to male. She said, “It was in my mind as something I wanted to do and then I just… didn’t. I guess I grew out of it. I even used to sleep on my front because I didn’t want to get boobs ever, which I think worked actually.” She stated that modelling led her to discover androgyny, and allowed her to model with different gender expressions. She recalled, “I remember being at a Yum Cha restaurant with my dad and the owner coming up and saying, ‘Excuse me, we’re trying to work out if you’re a handsome boy or a beautiful girl.’ It was a compliment and I was shocked, and when I thought about it I actually wanted to be a handsome boy”.

In 2014, Rose announced her engagement to fashion-designer Phoebe Dahl; in December 2015, they ended their romantic relationship.Rose has been in a relationship with singer Jess Origliasso of The Veronicas since 31 October 2016. The two had previously dated in 2008.

Rose is a vegan; she suggested that people who want to help address climate change consider what they are eating.

There are at least 10 reasons why you lose your mind over Ruby Rose.


3. Those Eyes. Those Lips. That Jawline.

6. She Has Something To Say

9. She Can Look Both Boyish And Very Feminine 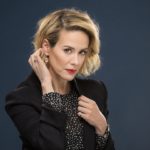 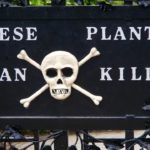