The suicide tree is responsible for more deaths than any other tree. It is found in parts of Southern Asia and India mainly. The toxin found in this plant locks the calcium ion channels in heart muscle, causing disruption of the heart beat, most often being fatal. It is so potent that the poison has been used for suicide and murder.

4. Lily of the Valley (Convallaria majalis)

Lily of the valley is a native to Northern Europe and America. The flower is also known as Our Lady’s tears or Mary’s tears due to legends that it sprang from the weeping of the Virgin Mary during the crucifixion of Jesus. It is known to be deadly poisonous as it contains no less than 38 different cardiac glycosides. The symptoms caused by it’s poisoning include severe headache, nausea, vomiting, slow heart beat and excessive urination.

The castor bean plant produces castor oil. This vegetable oil is used in food production and is also available medicinally as it is high in vitamin A & D and is can be used as an effective laxative. Surprisingly, the seeds are known to carry one of the most powerful plant toxin called Ricin. It is known to be more potent than Cyanide or any venom. Only a few beans can kill and adult human.

This tree is known to be so poisonous that even a touch can harm you. Every part is of this plant is full of powerful toxins and the sap contains phorbol, a strong skin irritant. It’s fruit is called as ‘little apples of death.’ It is mainly found in coastal regions of Florida, South and Central America and is possibly the world’s most poisonous tree.

Aconite is also known by many other names such as monkshood or devil’s helmet. It is also known as “the queen of poisons” as it is the most poisonous plant is Europe. Just by touching the plant can cause severe symptoms and if ingested can be fatal. The sap has long been used to tip spears and arrows. 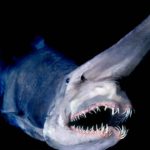