The greyhound, is the fastest dog on the planet and can reach a maximum speed of 45 miles per hour (70 km/h). Greyhound racing is widely known as “The Sport of Queens,” as Queen Elizabeth I of England invented this in the 1500’s. Later, Owen Patrick Smith developed this sport in the year 1912. In 1919, the world’s first greyhound racing track along with a grandstand in Emeryville, California was opened by Smith.

Camel racing officially started in 1970’s. It is an extremely popular sport in Pakistan, Australia, Mongolia and Arab countries of the middle east. A racing camel can reach maximum speeds of up to 25 miles per hour (40 km/h), and the races are run over distances of 2.5 to 6 miles (4 to 10 km). There are a lot of competitions held every year for this sport.

Turtle racing started in the United States in 1902 when The Chicago Tribune at the time labeled it as “The strangest race ever run.” Since the 1950’s, Minnesota has been the venue for races and is known as “the turtle racing capital of the world.” PETA (People for the Ethical Treatment of Animals) has condemned against numerous turtle races around the world.

Ostrich is the world’s largest bird. They are also known to be the fastest birds on land, reaching a maximum speed of up to 43 miles per hour (69 km/h). People race each other by sitting on the backs of the Ostriches. It is very common South Africa and most recently in United States. The annual Ostrich Festival takes place in Chandler, Arizona.

Cockroach racing started in 1986 in Brisbane, Australia. Surprisingly, cockroach races now takes place annually on January 26 and is known as “The Australia Day Cockroach Races.” This race takes place in Australia and some parts of the United States Of America. 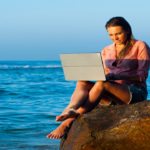 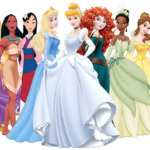