If you like to play PC games, you don’t want to miss these games.

An exhilarating adventure brought to life by the industry-leading id Tech 6, Wolfenstein II sends players to Nazi-controlled America on a mission to recruit the boldest resistance leaders left. Fight the Nazis in iconic locations such as small-town Roswell, New Mexico, the flooded streets of New Orleans, and a post-nuclear Manhattan. Equip an arsenal of badass guns, and unleash new abilities to blast your way through legions of advanced Nazi soldiers, cyborgs, and über soldiers in this definitive first-person shooter.

Journey into Ancient Egypt, the most mysterious place in history, during a crucial period that will shape the world. Discover the secrets behind the Great Pyramids, forgotten myths, the last pharaohs, and – engraved in long-lost hieroglyphics – the origin story of the Assassin’s Brotherhood.

Humanity’s last safe city has fallen to an overwhelming invasion force led by Ghaul, the imposing commander of the brutal Red Legion. He has stripped the city’s Guardians of their power, and forced the survivors to flee. You will venture to mysterious, unexplored worlds of our solar system to discover an arsenal of weapons and devastating new combat abilities. To defeat the Red Legion and confront Ghaul, you must reunite humanity’s scattered heroes, stand together, and fight back to reclaim our home.

Control either the U.S. Army and Marines Corps or the Militarized and Guerrilla Forces of North Vietnam – the NVA and the Viet Cong. Each force has their own unique abilities and tactical advantages such as Napalm Strikes, Artillery Barrages, surface-to-air missiles, traps, ambushes and more. Use the era’s most powerful weapons and conventional military tactics. Call in Gunships, Napalm, and Recon Aircraft to pinpoint and destroy the North Vietnamese forces. Make use of improvised weapons, traps, ambushes and guerrilla warfare to outwit and outmanoeuvre the enemy. Have the home-field advantage with Enhanced Logistics provided by the Ho Chi Minh trail.

Fast-paced, grounded combat returns in Call of Duty®: WWII Multiplayer. Armed with an arsenal of iconic Allied and Axis weaponry, players are immersed in brutal gameplay as they fight to liberate a continent in the throes of tyranny. The new Divisions feature redefines how players invest in their MP career, giving them the chance to choose from five divisions, each with their own specialized training and weapons skills. In War Mode, an entirely fresh Call of Duty experience, players must works as a team and fight for control through multiple strategic objectives.

Dishonored: Death of the Outsider

Gravity can go fnck itself in the premier cinematic trailer for LawBreakers, the new skill-based multiplayer FPS from Cliff Bleszinski. Witness a diverse cast of gravity-defying characters clash after a heist gone wrong, as the Law and Breakers vie for control of a mysterious briefcase. What could be inside? Who the hell knows, but one thing is for certain: one side will RISE and the other FALL.

Crew up and set sail on memorable voyages. Make or break your pirates’ code on a vast, shared sea. Become a Pirate Legend with musket loaded and grog in hand, the freedom of the pirate life awaits. A Treacherous Shared World adventure across a vast ocean where every sail on the horizon means a ship filled with real players who may be friends or foes. Untold Treasures Await
Form a crew and voyage to treasure-filled islands, face legendary creatures and test your mettle in epic ship battles against other pirates. Explore a fantastical world sail across varied seas and hand-crafted islands, battling enemies and unearthing the secrets of those that came before.

Friday the 13th: The Game

Jason is unleashed! Take part in the ultimate asymmetrical multiplayer horror game experience! 1 vs. 7 gameplay featuring Jason Voorhees against a group of teen counselors attempting to survive the night.

In this world exclusive, METAL GEAR SURVIVE takes to the stage for the first time at TGS 2016. Join a squad of four players as they work together on a mission to infiltrate a dilapidated compound and then defend it from the onslaught of relentless creatures. Using co-op stealth, infiltration and defense tactics, and special new equipment and weapons, the squad provides a glimpse of both new and familiar survival gameplay elements that form METAL GEAR SURVIVE.

PlatinumGames’ revolutionary sci-fi action shooter slide-boosts onto PC. Battle legions of future-tech enemies using a vast arsenal of weapons, including all DLC. Fluid and frenetic combat, spectacular melee moves, and intense speed wrapped in a gripping story, all with a fully unlocked framerate and gorgeous HD resolutions. The definitive way to play: war has accelerated.

PlayerUnknown’s Battlegrounds is a massively multiplayer online battle royal video game developed, it includes the mode known as Battle Royale, which is game-mode will put up to 100 players on a remote island for a winner-takes-allshowdown where strategic gameplay is as important as shooting skills. Players will enter a last-man-standing battle where they try to locate weapons, vehicles and supplies in a graphically and tactically rich battleground that eventually forces players into a shrinking play zone as they engage in a tense and spectacular fight to the death.

Tom Clancy’s Ghost Recon: Wildlands takes place in the expansive, gritty and vibrant backdrop of Bolivia, South America. The influential and vicious Santa Blanca Mexican drug Cartel has turned the country into a narco-state, leading to lawlessness, fear, injustice and violence. You are sent behind the enemy lines as a member of The Ghosts, a legendary US Elite Special Operations team, to create chaos that will destabilize and eventually break the alliance between the Santa Blanca cartel and the corrupted government.

Prey is a first-person sci-fi action game from Arkane Studios, the award-winning creators of the 2012 ‘Game of the Year’, Dishonored. Known for their creative gameplay, distinctive worlds and immersive stories, Arkane reimagines this franchise from the ground up, with an added psychological twist. In Prey, you are the first human enhanced with alien powers aboard a desolate space station under assault. Improvise and innovate in order to survive as you search for answers. Prey is a bold new story set in a dangerous universe.

Resident Evil 7: Biohazard is a survival horror video game. Most of Resident Evil 7’s tension comes from finding yourself in tough situations and struggling to adapt, since it’s all about scavenging for items and conserving what little ammunition and resources you do have. 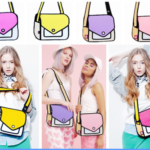 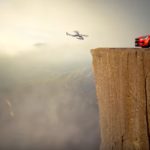