JUN 20, 2017
God of War’s hyper-violent protagonist Kratos is now a dad. Actually, he’s a dad once again if you count the family he had before he was tricked into killing which set him on a path of murderous rage at the outset of the first game in the series.
In the upcoming sequel to God of War III, Kratos has left Greece and has mostly-murdered gods to venture into the cold Norse wilderness. Somewhere between then and now, Kratos fathered a son named Atreus who then becomes a vital companion in Kratos’s journey.
For Kratos to be a dad and having Atreus as a son will make the traditionally lone character grow, and we will see how Atreus impacts the upcoming God of War game.
Here’s a glimpse at the duo, Kratos and Atreus, shown in the recently released God of War gameplay trailer:

Atreus is at fighting in the game and Balrog said he’s capable to combat — doesn’t burden others — which is key to creating God of War Remastered feel like an actual God of War game.
The son of Kratos is competent, able to passively move around on his own and do what he needs to do, but he can also be used to help out in specific scenarios. He has a button mapped to him, this way during needed situations that button could be used to direct Atreus to interact with an object, read a set of ancient Norse runes, or fire an arrow at an enemy,
Atreus’s character really become necessary to Kratos as he is new to this part of the game play world and needs help navigating through it. The device itself deepens Kratos’s character to a greater extent, shaping him from someone who is filled with wrath to someone who can tolerate and rely on another. Since Kratos is an outsider to this alien land, he cannot articulate the speech 100%, however Atreus can.
When they came across someone speaking in the native tongue. Kratos did not have a choice but to rely what his son is telling him. In the world of God of War, whenever writings appear on the wall, and if you can see the runes, if they’re clear enough, they are ancient Norse. They mean something, since the creators have purposely created them. They all add up and add to the entire story line. And Atreus is somewhat the key to helping you understand it all. So he portrays a necessary role in the plot.

With someone to teach and be a role model for, Balrog said Kratos is able to teach himself some things, too.
“That line in last year’s demo, ‘Don’t be sorry, be better,’ — he’s saying that to himself as much as he’s saying that to his kid. Which I found multiple instances of saying something and realizing, ‘I’m saying this to myself, I’m not even talking to this other person, I’m really just saying this to myself.'”
Kratos also learns about philosophy thanks to Atreus and the lessons he was given by his mother.
“Atreus is always that human element,” Balrog said. “He’s always that. ‘Mom always said be open to those who can help you,’ because Kratos doesn’t want help from anybody. The kid’s the one always saying, ‘Look, not everyone’s a bad person, we have to be open to this.'”
The upcoming God of War game has some of the only friendly characters in the entire series. Which means Kratos won’t instantly eviscerate them. Atreus helps Kratos quell some of his distrust in people and stay his bloodthirsty blades.
Balrog pointed out that the giant world serpent in the gameplay trailer would normally be a huge boss fight in other God of War games, but Atreus tries to convince Kratos that the serpent wants to help them in this next chapter in the series.

Looking at the plot in the form of a story, Atreus represents the humanity that Kratos has lost. He’s helping Kratos understand what being a human is like and Kratos is trying to help Atreus understand what being a god means. The kid is clueless when it comes to any of this. In a way they are both supporting and helping each other get through a very difficult emotional journey. 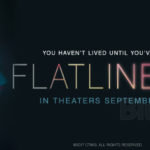 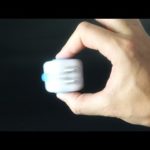