As persons rely more heavily on their phones, security is a key component for any phone user. The first step in securing your phone is always to make it difficult to get in to begin with. Persons can use PINS, complicated pattern lock combinations, passwords, facial recognition and finger prints, just to name a few of the more popular options used to secure phones.

Using finger prints to unlock is a security feature which allows you to use your unique finger print to verify a number of things; that the owner of the phone is there and for online transactions as well. Previously phone companies would have had an issue with placing the finger print technology, as it was either found as a button on the front or the back of the phone. Vivo has now flipped the script as they are officially the first smart phone to have and under screen finger print scanner which was unveiled at the Consumer Electronics Show CES 2018. This new technology, which was developed by a company called Synaptics allows the scanner to be included within the display. How it works is that it uses the gaps between the pixels to scan the fingerprint on an OLED screen only. The usual LED screen is not compatible as it uses a back light.

Now that the technology has been finally been made available, it is safe to say this technology will be incorporated into the next generation of hand sets and other electrical doodads. Technology is looking up for the future, as this on screen scanner seemed impossible but now this is definitely the game changer. 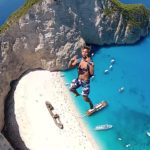 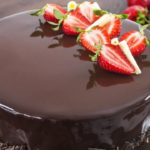