Batman v Superman: Dawn of Justice is the first live-action film to feature Batman and Superman together, as well as the first live-action cinematic portrayal of Wonder Woman, Aquaman, Cyborg and The Flash. In the film, criminal mastermind Lex Luthor manipulates Batman into a preemptive battle with Superman, whom Luthor is obsessed with defeating. 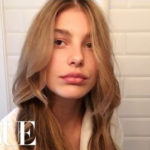